This weekend will see a clash of the titans game at the Anfield when Liverpool face London rivals Arsenal. Both teams have taken maximum points so far with the Home team defeating Norwich and Southampton while Arsenal defeated Newcastle and Burnley.

Liverpool have continued from where they stopped last season with the front three playing a huge role in the two victories. Sadio Mane, in particular, has been exceptional since his return from the AFCON and looks to be back to his very best.
END_OF_DOCUMENT_TOKEN_TO_BE_REPLACED

Liverpool are reportedly interested in the signing of Nigerian sensation Samuel Chukwueze according to reports from Spain.

The 20-year-old Villareal winger has enjoyed a breakout campaign for the club regularly terrorizing opposing defences with a mix of pace and dribbling skills.
END_OF_DOCUMENT_TOKEN_TO_BE_REPLACED

From his regular role of midfield, James Milner now moved to the full-back. The experience and attitude of this veteran player are significant in attack as well as in defense.

These players have been made for game and nights like this one, and now Jürgen Klopp also realizes the same. James Milner is now 33, but the enthusiasm and desire of this midfield typify what Klopp wants to see in his players. The suspension of Andy Robertson would most probably save the manager worrying about whether or not this veteran midfielder should play in the game.
END_OF_DOCUMENT_TOKEN_TO_BE_REPLACED

Liverpool’s injury crisis has deepened ahead of their Uefa champions league tie against Bayern Munich at Anfield. Roberto Firmino is a doubt for the clash after he was forced to miss the crucial final training session.

The Brazil striker, who has become an integral part of Klopp’s squad, was not at Melwood (the club’s training base) on Monday due to the effects of a virus. It remains to be seen how serious the virus proves to be but there is certainly a questionmark over whether Roberto Firmino will be able to make the starting line-up and, as a result, Daniel Sturridge is now on standby.
END_OF_DOCUMENT_TOKEN_TO_BE_REPLACED

Recently Jose Mourinho talked about the fact that Klopp doesn’t have silverware to show off as the coach of Liverpool and silverware is actually what matters in the game. Klopp didn’t dismiss the thoughts of the Portuguese, but he did stress that there are things other than silverware which matter too.
END_OF_DOCUMENT_TOKEN_TO_BE_REPLACED

Daniel Agger the former defender Danish has pinpointed some of the moments which ‘changed many things’ in his career – around five years before the time he left Liverpool. The Danish has spent eight years at Anfield, and in his eight years he made 232 appearances total, and with his performances, he became one of the most popular stars of Kop. 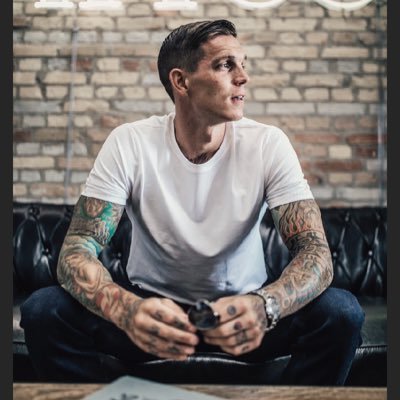 But, during his spell at Anfield, his game was interrupted by injury often, and this is the reason that he was forced to take retirement from the game at the 31 just. He said on this it was important to take retirement at this time “The time when I am still ahead”. On the social media, Agger shared one of his picture in which he was seen challenging for a ball during the win of Reds’ 5-0 pre-season over Singapore League Select XI in the year 2009.
END_OF_DOCUMENT_TOKEN_TO_BE_REPLACED

James Milner made it to the starting line up at Liverpool against Huddersfield Town last weekend. The former Aston Villa champion has incalculable fans and they got a bit worried about his health. Just days ago during a clash with Manchester City, the midfielder was hurt. However, the medical tests shows that the ex England international had a minor hamstring tear and would soon be fit to hit the ground.

The fearless midfielder has well recovered and sooner than expected. His medications have made him to step-up that would give him an opportunity to play on Saturday against Huddersfield. In order to do so, he will resume complete training with the squad by this week. The former Manchester and Newcastle United midfielder may consider switching back to the boyhood club. As per Alex Apati from Ladbrokes, if Leeds require a perk to achieve promotion back to Premier League, the return of the midfielder will certainly be beneficial. Leeds had to send Milner to Newcastle in the year 2004 due to financial reasons. the retirement from Liverpool took place in the year 2016.
END_OF_DOCUMENT_TOKEN_TO_BE_REPLACED

Liverpool legend-turned-pundit Jamie Carragher believes the Reds have probably the strongest squad in a long time. The Merseyside giants showed plenty of promise last term after they made all the way to the Champions League final, where they eventually lost to reigning champions Real Madrid. 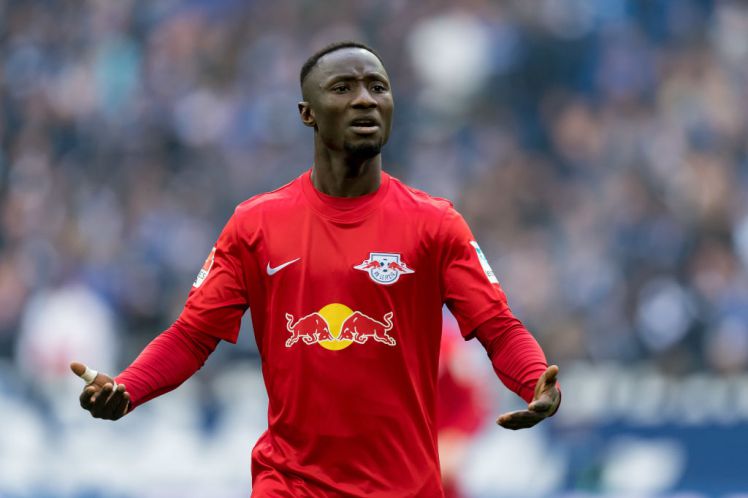 Since then, Jurgen Klopp has spent nearly £200m to bolster the ranks with Naby Keita, Fabinho, Xherdan Shaqiri and Alisson and Carragher feels the team have a good chance of ending their long title drought, he told TalkSPORT: “It does look like a really top-end squad at the moment. Possibly as good as anything I was involved in and I was at Liverpool for 17 years. The squad that they have now and the strength they’re looking to gain is as good as anything I played in.”
END_OF_DOCUMENT_TOKEN_TO_BE_REPLACED

Liverpool veteran James Milner could be looking to hang up his boots soon as he weights up alternatives post active football. Others like Steven Gerrard and Frank Lampard have recently kick-started their managerial careers but Milner says he is yet to decide what to do next. 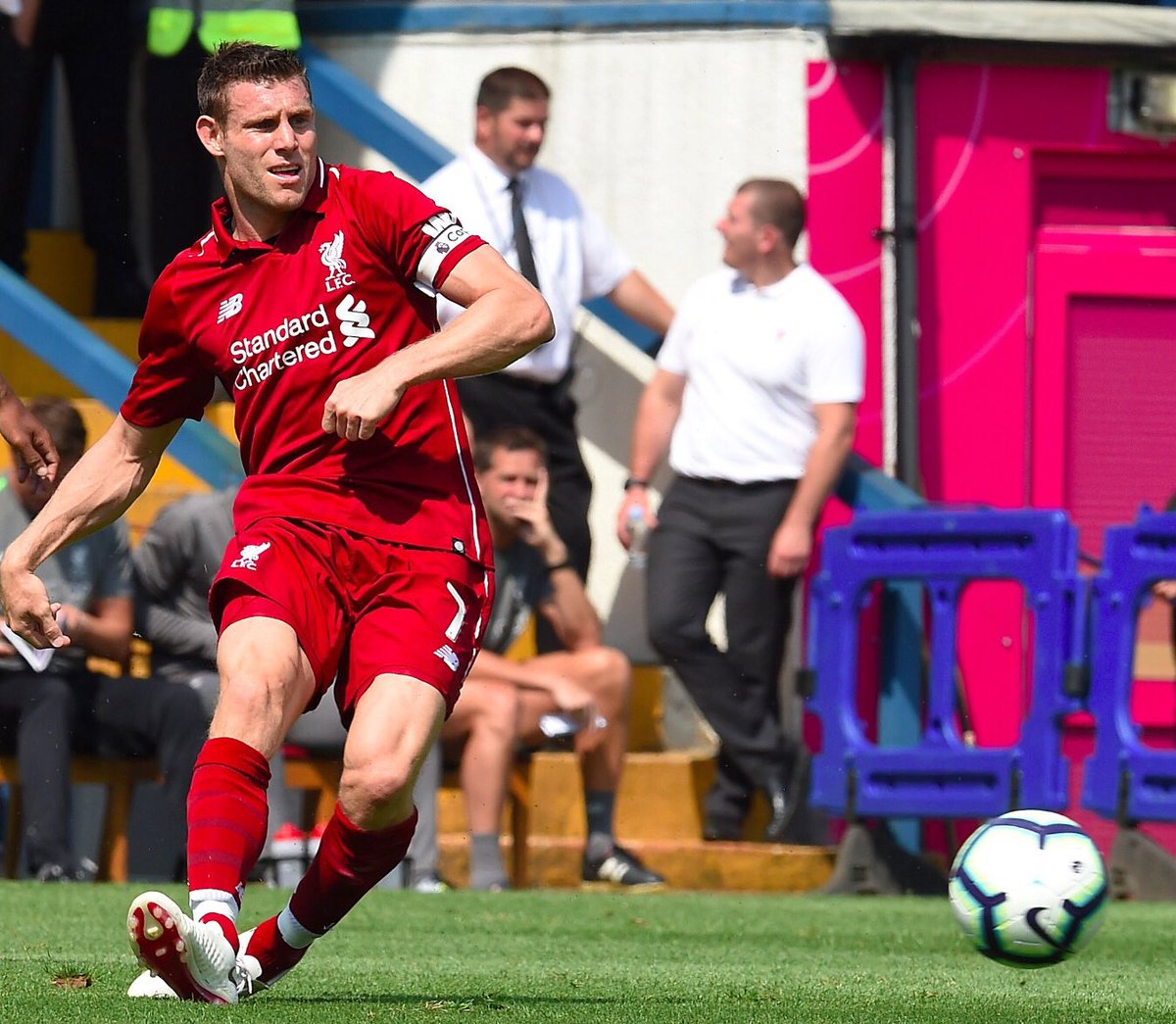 The star has enjoyed an illustrious career but he believes he could yet go another four years despite being 32 years old already. While no decision has been reached regarding his long term stay at Anfield, he admits that it’s time he kept his options open.
END_OF_DOCUMENT_TOKEN_TO_BE_REPLACED

Former Liverpool centre back Martin Skrtel has sent his congratulations following the recent move of striker Cenk Tosun from Besiktas to Everton. The former Premier League star with almost a decade experience for the Reds, wished the Turkey international well as he moved from the Turkish Super Lig to the Premier League.

Skrtel opines that Tosun would be playing in “the best league in the world.” He feels Tosun proved his worth and ability in Turkey so he can excel as well in England. On the Merseyside derbies, Skrtel – who apparently still passionate about Liverpool – said Tosun would face the wrath of Anfield during the derbies. He promised to follow the forward’s performances in the Premier League.  END_OF_DOCUMENT_TOKEN_TO_BE_REPLACED
« Previous Page — Next Page »